Here’s how to make it happen

Would you like to be in a new career this time next year?

That is the first crucial question.  How big a YES do you respond with?

(And if it isn’t, what can you do to bump it up a few notches till it reaches the YES!!! level? Or put it another way, how bad has it got to get before you are pushed into taking action?)

So what are you going to do about it?

This is where the doubts usually kick in, the little voice in your head starts saying yes, but… and before you know it you have persuaded yourself that finding a new career is impossible.

Does that sound familiar?

Don’t worry, we’ve all been there, so don’t beat yourself up about it.  But funnily enough I come back to the same question

What are you going to do about it?

Let me tell you a story

Let me share a story I read about in a book by Bob Proctor.  He writes about a man, Bob Templeton who, when confronted by the chaos and destruction that resulted from a natural disaster in his area, set himself a crazy, audacious goal of raising 3 million dollars for the victims of the disaster.

But how he approached it was really interesting.

He didn’t ask his friends and colleagues if they thought they could or should raise the money. He just asked if they would like to.

Nobody is going to say no to that question, are they? So there is a positive mindset from the outset.

He then gathered his colleagues together for a brainstorming session and on a flip chart he drew two columns – one headed ‘Why We Can’t’ and the other ‘How We Can.’

Under the words, ‘Why We Can’t’, Bob drew a large X. He explained that this meant there was no place to record the objections, the reasons they might come up with to explain why they couldn’t raise 3 million dollars, regardless of how valid they might be.  He just wasn’t interested in hearing about what might get in the way of his goal.

So whenever a ‘yes, but…’ came up, he just shouted ‘Next’ and invited the group to carry on thinking till the next positive idea showed up.

To cut a long story short, he succeeded in his audacious goal, he raised his $3million.  And that was in no small part due to his determination to just keep looking past the doubts and objections and to keep on seeking out ways that would make it possible.

Wow, what an achievement!

Breaking the ‘yes, but…’ barrier

One of the challenges I regularly tackle when I am working with clients who are exploring how to get into a new career is to help them to push on past the ‘Yes, but…’ barrier.

There is often quite a bit of resistance, but you just have to keep on pushing.

A new career – your audacious goal?

So what if your audacious goal was to be in a new career by this time next year, to break out of the job that is not just boring or frustrating you but is so stressful that it is actually making you ill?

What if you were to approach it in the same way as Bob did with his $3million target?

Who will you gather together to help you brainstorm all the ways you can answer the question ‘How can I make this happen?’

Then insert the list of questions from above and you will be off to a flying start.

It is only impossible if that is what you decide.

So try deciding that it is possible.  It will make all the difference. And then this time next year you will look back and say to yourself

‘Wow! What an achievement!’

Are you ready to commit to being in a new career by the end of this year?

You know what they say about making a public commitment to help make something happen?

Why not commit to your plan to be in a new career by the end of the year here in front of a supportive community of fellow career changers?

What will the first step be that you take this week to make sure it happens?

Something to think about

“Only those who will risk going too far can possibly find out how far one can go.”
~T.S. Eliot~

Change from How To Change Careers 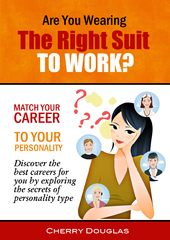